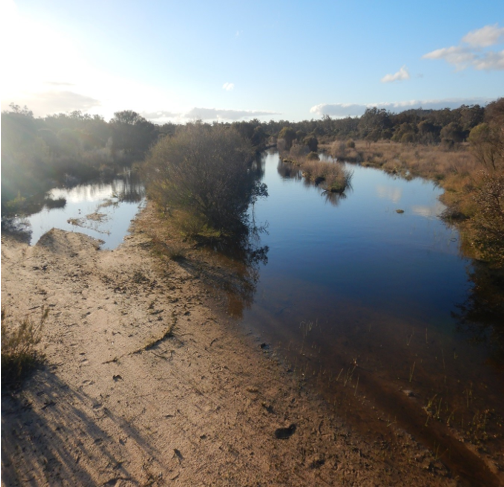 Track Care is finishing 2020 on a high! We have been awarded a 2020 State NRM Program Community Stewardship Grant of $5650 to erect signage to protect a wetland within the Wandoo National Park.

The Wandoo National Park has the Warrigal claypan wetland, which is a seasonal shallow and vegetated clay-based wetland. This type of wetland has high conservation values such as containing a large number of local endemic plant species, including priority and threatened flora.   This type of wetland is also noted for its richness in aquatic macroinvertebrates and is a habitat for a variety of frog species. Most of the wetlands in the south west have been cleared and drained after European settlement, and only those that still remain in near pristine condition are located in national parks and nature reserves.